It’s time again – Qlik has released a new version of its data visualization solution Qlik Sense. Since the last release in June, a lot has happened.

After the positive feedback regarding the Insight Advisor, which supports the user with analysis and diagram suggestions since June, Qlik remains focused on its Cognitive Engine and Augmented Intelligence for Qlik Sense September 2018. In addition, the new release delivers some “QlikView like” features and more. General highlights of Qlik Sense September 2018 include:

The Qlik Sense September Release offers some additional functionalities in the area of Advanced Authoring. This simplifies the creation of sophisticated data layouts while accelerating application development due to its high user-friendliness. The improvements of the Expression Editor (e.g. restructured function categorizations and improved search functions) and the visualization control (e.g. conditional show/hide in pivot tables and customizable master measures) are helpful. In addition, you can now open apps by using a default bookmark with a predefined selection state.

In addition, the new Qlik Sense version offers enhanced mapping capabilities. For example, the release has a new map layer that depends on the density of the mapped points. The new “Density Map Layer” is a multicolor gradient background where the color intensity varies depending on the weight and closeness of the points.

Qlik Sense September 2018 also removes several previous limitations of the Qlik Management Console (QMC) and allows, for example, to move multiple apps between different streams. In addition, the open source front-end framework has been updated to version 1.6.9 to ensure better performance and stability.

With the new release, Qlik has further expanded its connectivity options with Microsoft Azure DB and Jira connectors. The necessary security within the integrated connector to Presto is also provided by an extension of LDAP authentication. Large enterprise environments benefit from AirWatch EMM security for mobile access to Qlik Sense Enterprise.

An overview of the listed and other new features of Qlik Sense September 2018 is also available on YouTube: 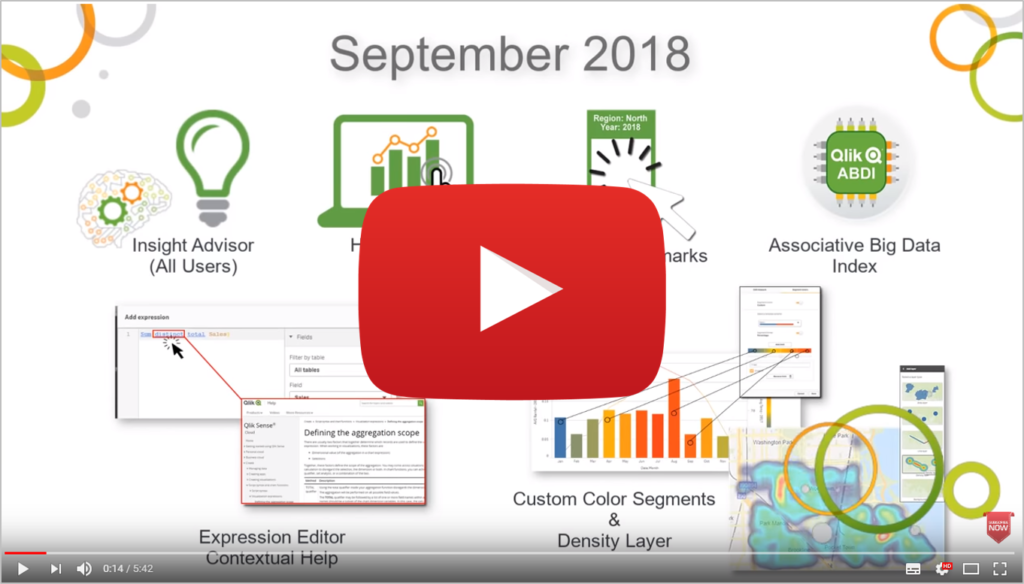