At this year’s global partner summit, BI software vendor Qlik announced not only the first major release for Qlik Sense, but also previewed of a number of other new products in the course of this year. Thus, Qlik is expanding its portfolio significantly and evolves from solution provider to platform vendor.

At the annual partner conference “Qonnections” last week in Dallas, Qlik announced the first major update of its data visualization solution called Qlik Sense Enterprise 2.0 to be released in June this year.

In a preview of the features included in the new version, amongst others, enhanced facilities for loading and processing data were presented. The new Smart Data Load function allows users to select from multiple data sources and combine them into one application. The new features also include improved visualization options and features concerning the map objects, KPI objects and pivot tables, as well as the possibility for an easy export of analysis views to PDF and PowerPoint. Moreover, the current Smart Search function will be further expanded.

In addition to the new version, a number of new products have been announced, which will significantly expand the portfolio: 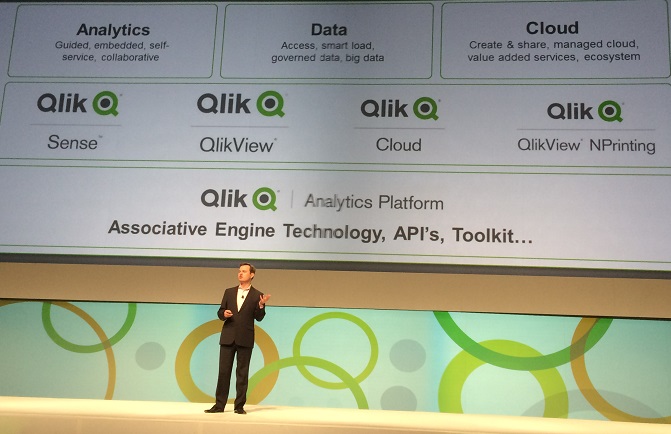 Also presented were new members of the Qlik Cloud family – the overarching term for the new, cloud-based services:

The next release of the proven analysis solution QlikView 12 was also announced for the second half of 2015. With this release, QlikView is going to be operated and developed on the same technical platform (QIX Engine) as Qlik Sense. In this way, QlikView customers benefit long-term from the improvements and investments made by the software producer.

With the new product portfolio, companies basically are offered more deployment options, freedom of choice and flexibility in the context of an integrated, scalable analysis solution. This way, Qlik is positioning itself for the future as a provider of an innovative and integrated, platform-based analysis solution that covers a wide range of application scenarios – scalable for companies of all sizes and requirements.